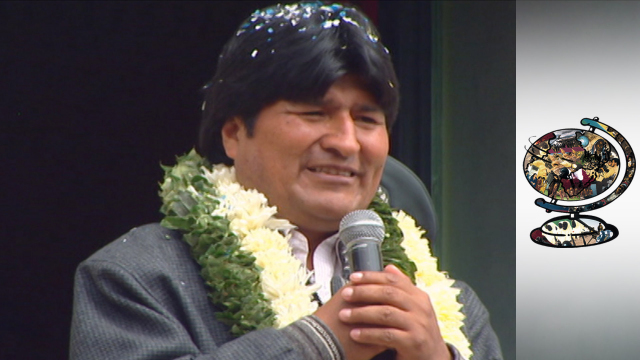 Bolivia's white elite claim they're tired of propping up the nation's economy. They're demanding political autonomy for their city and say they're ready to fight for it.

"The business elite hate us. They say we aren't capable of government", states coca farmer and senator, Leonida. The wealthy residents of Santa Cruz claim their region generates half of Bolivia's wealth. They feel under attack by the new government. In a referendum last year, Santa Cruz voted for political autonomy. "Autonomy is very important because it permits you to manage your own resources", explains businessman Ricardo Bilbao. Leader Sergio Anhelo alleges; "people are ready to confront the Bolivian state military", if autonomy isn't granted. But Evo Morales has threatened to send in the army if national unity is jeopardised.
FULL SYNOPSIS
TRANSCRIPT