For the Holy Grail 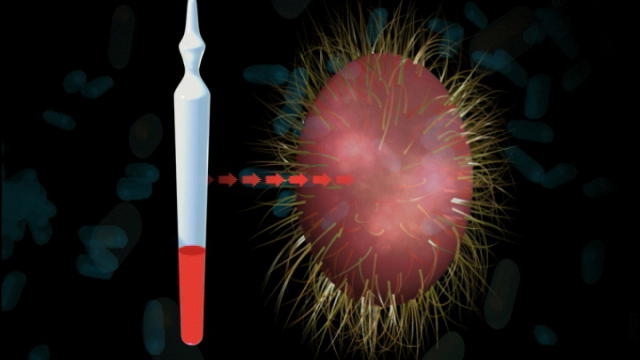 Curing cancer is one of the holy grails of medicine. Now two scientists, inspired by nature, seem to have made a real breakthrough.

. "This is one of the most important developments in cancer research for over 20 years", states Prof Seamark. Motivated by a promise given to a dying colleague, Dr Brahmbhatt and Dr MacDiarmid set out to find a cure for cancer. Their first task was finding a way of treating the disease without the dreaded side effects. "Chemotherapy floods the body with poisonous chemicals", explains MacDiarmid. "We hope to develop therapies that take the drug straight to the cancer cell". They became fixated on the idea that a cure could be found in nature. But as they had no background in cancer research, few people initially took their ideas seriously. "We were basically nobodies saying we could do something about cancer". But their ideas produced results. They created tiny nano cells which directly attack cancer cells without hurting the normal ones. "The first time we saw it working, it was truly a eureka moment", recalls MacDiarmid. Because the drugs are delivered straight to the target cell, "the amount of drug required is 1,000 less". Tests on animals have showed it stabilizes tumours and causes regression. They hope to move into the next stage of trials later this year.
FULL SYNOPSIS
TRANSCRIPT