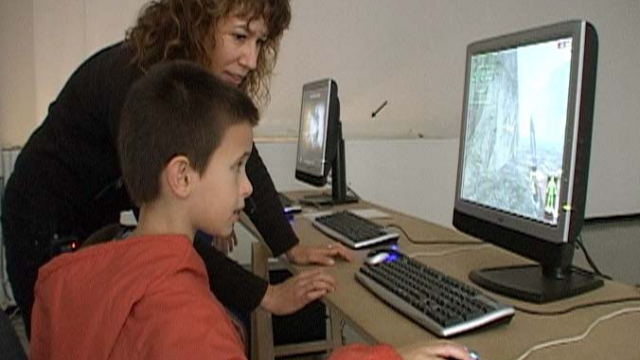 As the release of Hezbollah's latest computer game shows, games have become the latest ideological weapon in the battle for young hearts and minds. Games are appearing from Israeli, Palestinian and US perspectives.

"From what I heard this game is a hit in Ramallah", states Galit Elat from the Israeli Centre of Digital Art. In games like Hezbollah's 'Special Force', children practice shooting portraits of Israeli leaders. Israeli games like 'intifada' depict a single Israeli soldier facing a mob of Palestinians. When the soldier 'dies', a message flashes up saying "Game Over - you are just another victim of Arab terrorism".
FULL SYNOPSIS
TRANSCRIPT