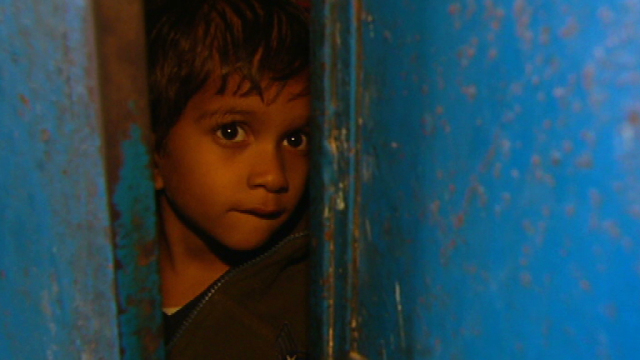 Filming in the corridor of New Delhi's biggest and busiest hospital our crew met six-year-old Inderjit Swarup who was born with a congenital deformity. His bowel protruded through his stomach wall. Inderjit had already endured four major operations in his short life, none of which were successful. His mother had abandoned her baby soon after he was born, and it was left to Inderjit's impoverished father Ram Swarup to support and care for his son. Too poor to pay for specialised care he was at the mercy of India's over stretched and under resourced public health system. The prognosis was not good. Now we return to visit Inderjit. Money provided from after the initial broadcast has enabled an Australian GP working in New Delhi to expedite further treatment. Inderjit's ordeal continued as he and father Ram rode a roller coaster ride of hope and disappointment through successive surgical procedures. Now eight years old, Inderjit is currently at home with his devoted dad, playing with friends and enjoying some relief from his years of pain.