Sleep deprivation is rapidly becoming a fact of life. But with economists estimating that sleep disorders cost the economy over $9 bn a year, insomnia is no trivial matter. We report on the cost to society when we no longer value sleep. 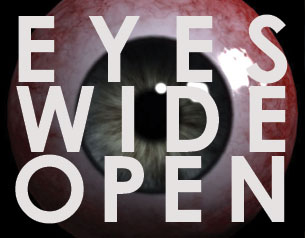 Sleep deprivation is rapidly becoming a fact of life. But with economists estimating that sleep disorders cost the economy over $9 bn a year, insomnia is no trivial matter. Then there's the human cost. Drowsiness is a factor in over 16% of fatal road accidents and 9% of work accidents. It's been linked to everything from obesity and heart disease to depression and diabetes. 'Eyes Wide Open' reports on the cost to society when we no longer value sleep.

Work hard, party hard is the accepted mantra of our modern 24/7 lifestyle. For many of us, sleep is a low priority. Something to do when we feel like it rather than an activity to be treated with respect, like exercise and a good diet. "We live in a society that has this idea you're accessible and alert and contactable 24 hours a day", complains clinical psychologist Andrew Fuller. From shift workers and new parents to those just stressed, we're all getting less sleep. Bizarrely, for some, it's become a badge of honour to go without sleep. On a British TV show, contentests compete to see who can survive the longest on two hours sleep a night. Those who have gone without sleep for days describe blanking out and hallucinating. "My brain wasn't functioning at all", states one sleep deprivation volunteer. "You can push yourself to a certain point, but after that, you can't go any further". According to the latest research, going without sleep creates a similar level of impairment in the body to being drunk. Our economy depends on shift workers but their unsociable hours means they stand an added risk of sleep deprivation. "Workers are being asked to work hours that lead to fatigue, and death and serious injuries are resulting", laments lawyer Liberty Sanger. Just ask train worker Alan Barker. He admits to "frequently" falling asleep at the wheel because the hours he was asked to work left him exhausted. "It was a big problem". It's estimated that once every two minutes, someone in America falls asleep at the wheel and crashes. "My brain was dozing off but my body was still driving", describes John Sewastenko. The problem has become so serious, some long haul companies are experimenting with a device designed to stop drivers nodding off. It monitors the speed at which eyelids reopen when drivers blink to see how close they are to sleep. Not getting enough sleep has also been linked to a range of different illnesses. "Sleep is fundamental for normal function in most of the body", explains Prof Ron Grunstein. "If you don't sleep, you run into trouble." Insomnia has even been linked to obesity. "As the number of hours of sleep per night has declined, waistlines have gone up", states leading sleep specialist Prof Charles Czeisler. "It puts us almost in a starvation state in which we're gobbling up all the sweets". As the importance of sleep becomes recognised, doctors are developing a range of different treatments to cure those with insomnia. As Prof Czeisler states: "Just as exercise and nutrition are critical for health, so sleep is the third pillar of health".
FULL SYNOPSIS
TRANSCRIPT