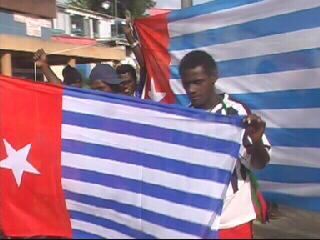 Of all the independence movements in this part of the world, the struggle of the West Papuans has been not only the loneliest, but also the most unreported. Since officially becoming part of Indonesia back in 1969, only one country, Vanuatu, has consistently raised the plight of the West Papuans at the international level. But that may be about to change. Indonesia's launched a diplomatic offensive aimed at "encouraging" Vanuatu to soften its pro-West Papuan stance and it's already created quite a stir among Vanuatu's politicians.