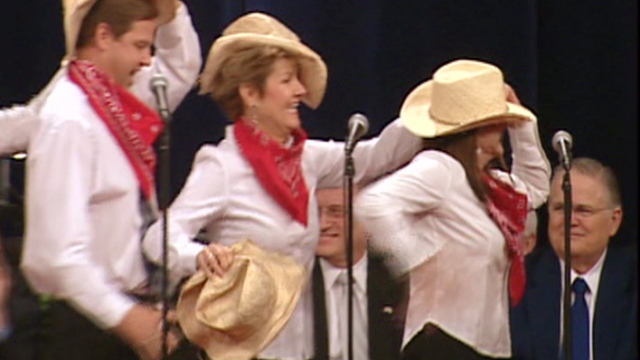 The publication of a book calling for an evenhanded US policy towards Israel has caused outrage. Christian lobby groups want America to take a more aggressive stance in support of Israel.

"When the US State Department presents a brain dead plan to divide Jerusalem, our response will be 'not on our watch'" vows TV evangelist, Pastor John Hagee. His influential lobby group, Christians United for Israel, believes protecting Israel is of paramount importance. "Israel is the focus of the bible". To this end, he's gathered more than 3,000 supporters for an assault on Capital Hill. "We will visit the offices of every senator and congressman". Hagee's particularly dismayed at President Bush for promoting peace negotiations with the Palestinians and using the word 'occupation'. "Every concession by Israel has only led to advanced terrorism", he explains. However, many Jews do not agree with the Pastor. "His agenda is not good for Jewish life in America or for Israel", claims Rabbi Block. "He argues against Israeli disengagement from any occupied territory". And the 50,000 Christians who live in the West Bank feel betrayed. As the Christian Palestinian Ambassador, Afif Safieh, laments; "They are totally insensitive of our ordeal and supportive of our oppressor".
FULL SYNOPSIS
TRANSCRIPT