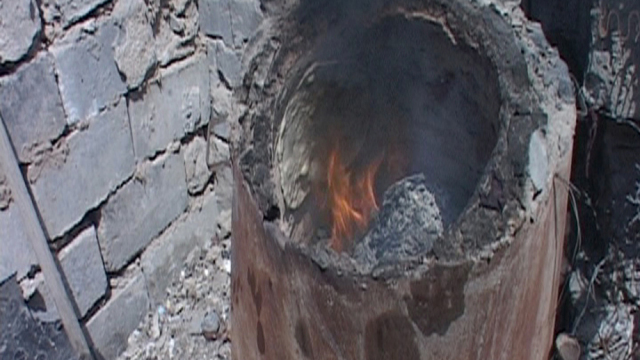 The White House may be firmly backing Iraq's controversial oil law but US company Hunt Oil isn't. In defiance of the government, it's just signed a regional oil deal which undercuts the proposed law.

The proposal, being heavily backed by America, would result in; "all oil revenue coming into a centralised fund", explains one politician. It would then be distributed to each region based on population size. But much of Iraq's oil lies in Kurdish or Shi'ite areas. They are reluctant to share any revenue with the Sunnis. Others see the law as the latest foreign attempt to grab Iraq's resources. "It gives too many benefits to the international oil companies", complains Hassan Juma. Head of the Iraqi Federation of Oil Unions. "It gives them control over Iraq's oil". Most Iraqis would prefer a state oil company to handle the country's reserves. While politicians bicker over the oil spoils, many Iraqis are resorting to desperate measures. With no money to buy wood or gas, Umm Hussein has started burning plastic rubbish. It gives out a thick black smoke over which she cooks food for her family. "The smoke has chemicals. The bread I bake tastes strange."
FULL SYNOPSIS
TRANSCRIPT