The first rule is that there are no rules. 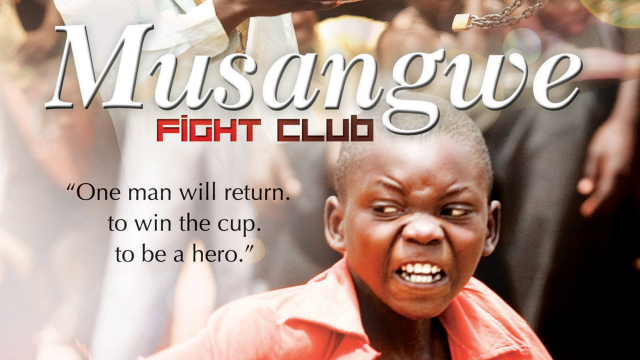 The first rule is that there are no rules. For the bare-knuckle combatants competing in Musangwe fights, anything goes. You can head butt or knee your opponent, beat him to a pulp or even put a curse on him. The sport, which dates back centuries, has become a South African institution. Any male from the age of nine to ninety can compete. We follow a group of fighters as they slug it out in the ring. Who will be this year's champion?

Encouraged by the cheers of the crowd, two men circle each other in the blistering heat. Suddenly one pounces. A few strong punches to the head sends his opponent reeling to the ground. Moving in for the kill, he stomps on his rival's chest before the referee intervenes. It's half way through the Musangwe fights and some contestants take it all too far. At times, the Musangwe fighters seem controlled by an unseen force. Fighting styles become unnatural. Uncontrollable and unpredictable. Everyone believes supernatural forces are at work. "Everybody uses muti. It just depends how strong your muti is", states one fighter. Traditional healers are enlisted to harness the spirits and influence the outcome of events. "I can rub muti on you. Then you fight better. Your opponent will be powerless", boasts one healer. But for every type of muti, there is a counter charm. "You can urinate on your hands and smear that urine on your face", explains a fighter. "That's how to counter the muti". But the annual Musangwe fights aren't simply acts of mindless violence. For centuries, local men have been meeting at the Tshifudi cattle dip to display their fighting skills. There are three levels of fighters. Young boys, dubbed 'mambibi', encouraged to play fight by their fathers. Then there are the teenage fighters, the 'Rovhasize'. But it's the experienced fighters that everyone comes to see. The champions. The most famous Musangwe fighter of all was Frans Malala. In his heyday, he could kill a man with one punch. He once did. "His name was Belingwe", recalls Frans. "They shook him and saw he was dead". After the death, the investigating magistrate asked Frans to kill a donkey with one blow to prove Belingwe's death had been an accident. "I hit the donkey and it fell. Then they left me alone. They could see I was very strong." This year, one of the most popular fighters is JC. Fresh out of prison for a violent crime, he hasn't been able to do much training. But he's renowned for his speed. "He is faster than me", admits rival, Diesel. But JC's fightback proves harder than expected and he's quickly defeated. Later, after defeating a much larger opponent, he vows to sort his life out. "I'm going to stop drinking and start training". While the men leave for the Tshifudi fighting ground, women are left behind to do the chores. "I would not like my mother to come", states one young mambibi fighter. "If they punch me, she may faint". But women do get to participate in Musangwe fights in one crucial way they clean up the blood. "If there is blood on my clothes, I will give them to her", states Diesel. "That's just how it works". When the Musangwe fighting is over, life will go on as usual. With one exception. There will be a new local champion in Tshifudi. Another hero to aspire to.
FULL SYNOPSIS 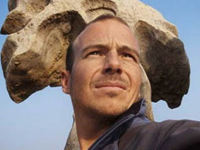 Cameraman / Producer Rian Horn worked in Africa for more than a decade as a photojournalist. He made the move to TV production 3 years before producing Musangwe. He has always been drawn towards subcultures and the honest documentation of daily life. In order to produce Musangwe, he lived in Tshaulu village for close to a month. His experiences there count among the most valuable lessons he’s ever learnt of human behaviour. As well as patience, perseverance and faith. 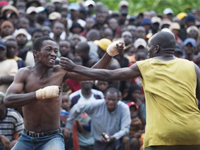 Filming conditions in Venda can best be described as “trying”. The area is completely remote, and one is totally dependent on locals for assistance. It’s impossible to work there without first winning their trust and respect. The heat next to the ring side was intense, and one had to consume litres and litres of water to keep from dehydrating. The dust at times almost obscured the fighters. The fights were often unstructured and unannounced. Being at the right place at the right time had a lot to do with getting to know the different fighters. Villagers are passionate about The Games. Cameraman and equipment often got caught up in the chaos when the fighting got out of hand. The spectators will climb on anything to get a better view of the fighting. Even a tripod and a camera. Their tradition is sacrosanct, and they don’t always take kindly to outsiders. It was only by reducing the crew to a one man team, that it was possible to blend in and “disappear”. And capture the unbridled action.