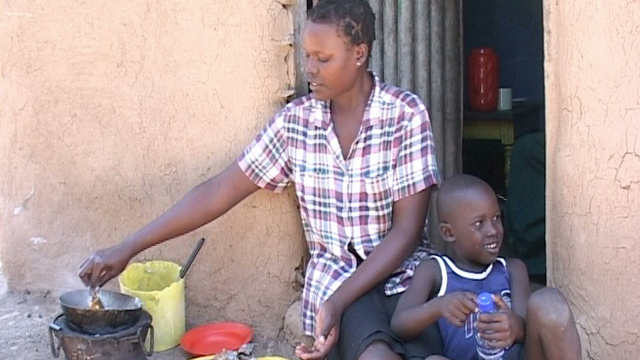 Kenya's female fish sellers have to pay a high price for their supplies. As well as buying the fish, they're expected to sleep with the fishermen. The practice is fuelling Kenya's Aids rate.

According to the UN, 7% of the Kenyan population has Aids. In the fishing district of Lake Victoria, it's a staggering 42%. Many blame the high infection rate on fishermen sleeping with their buyers - a practice known as 'jaboya'. "You don't get fish if you refuse", complains one woman. "After I rejected one man, he tried to stop the other fishermen bringing me fish", confides Winnie. She was forced to give in and is now dying of AIDS. To add to their health problems, most of the Nile perch caught here gets exported to Europe. This deprives locals of a much needed source of protein. "We are in a situation where the people here barely have any protein to eat", complains Dr Abila.
FULL SYNOPSIS
TRANSCRIPT