Heart of the PKK 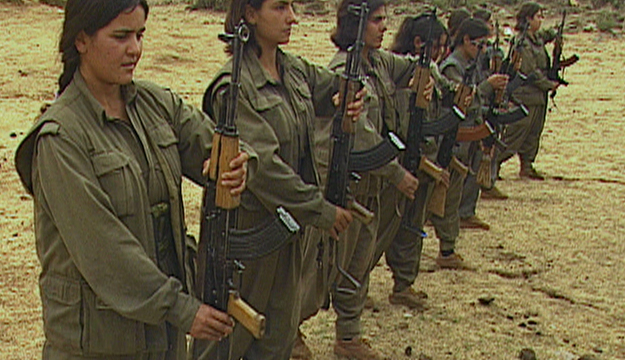 As Turkey launches new raids in Iraq, we bring back this exclusive report from inside the PKK's bases in Northern Iraq. Includes the only TV interview with PKK leader Murat Karaylian.

At a PKK base in Northern Iraq, female soldiers are being put through their paces. They're preparing for a Turkish invasion. "I tell you honestly, we do not fear the Turks", states Murat Karayilan. "They want to destroy Northern Iraq because they do not want stability here". Commander Aze Malazgilt is also unafraid. "With the right tactics, we will fight and beat the Turkish army".
FULL SYNOPSIS
TRANSCRIPT