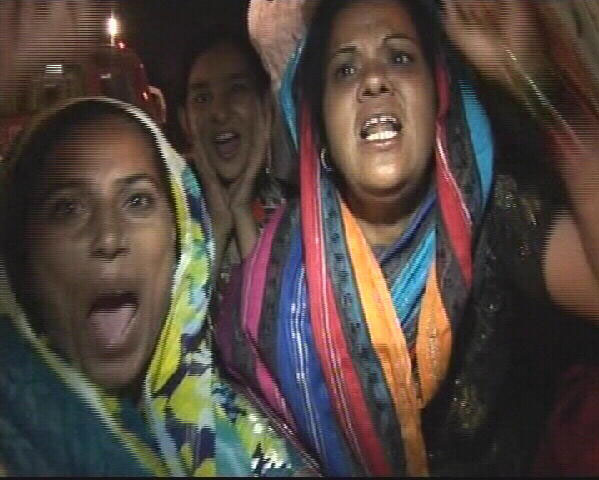 As Musharraf's popularity hits an all time low, people are looking to Benazir Bhutto for leadership. But after her homecoming ended in carnage, it's harder than ever for her to address the faithful.

After years in exile, Benazir Bhutto is preparing to go home. But her rowdy supporters onboard are too excited to sit down. The pilot refuses to start the engines until everyone settles down. Finally, the plane takes off - only for the scenes of jubilation to begin again as Bhutto walks down to the economy section to thank everyone. "We are going to fight against all those extreme mullahs" states one supporter. "They will not dare to blast a bomb anywhere". Bhutto's key advisor, Rehman Malik, is equally optimistic. "She doesn't need any security. People are defending her." Even Bhutto states: "I do not believe that any true Muslim would launch an attack on me". She's planned a high profile return; "so the people I am struggling for have an opportunity to welcome me". But within hours, these predictions would be proved wrong. "A truck tyre burst", shouts a man in denial, as the first explosion goes off. Journalist Mark Davis was with Bhutto at the time and filmed the chaos. After the bombing, Bhutto vowed; "not to surrender our great nation to the militants". But it's unlikely she will be holding any more rallies, a vital part of Pakistani politics. She can't appear in public without risking her own life, and endangering her supporters.
FULL SYNOPSIS
TRANSCRIPT