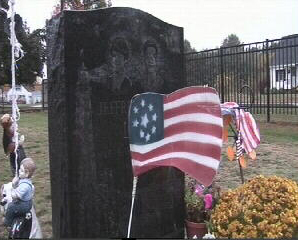 Tens of thousands of US soldiers are returning from Iraq with severe mental problems. They feel abandoned by the Bush administration and claim officials are trying to hide the true scale of the problem.

"They take veterans, emotionally destroy them, then throw them back into society and say 'OK, you're on your own'", laments Joyce Lucey. Her son, Jeffrey, committed suicide traumatised by his experiences in Iraq. For months before his death, he was vomiting on a daily basis. He had frequent nightmares and hallucinations and told an army psychologist he was planning to kill himself. Despite this, Jeffrey was denied hospital treatment. "There's an epidemic of suicides among our returning veterans" states Paul Sullivan from Veterans for Common Sense. He believes the government deliberately makes it difficult for ex-soldiers to access support to downplay the problem. "Top level employees were coming up with policies to block veterans with PTSD getting disability benefits and health care". Even veterans receiving treatment feel bitter about their experiences. "There's so many hoops and red tape to deal with", complains Steve Edwards. It's estimated that it takes 12 to 15 years for a PTSD claim to be properly dealt with. Now, in an attempt to reduce this delay, some ex-soldiers have launched a lawsuit aimed at forcing the Department of Veteran Affairs to overhaul its entire system.
FULL SYNOPSIS
TRANSCRIPT