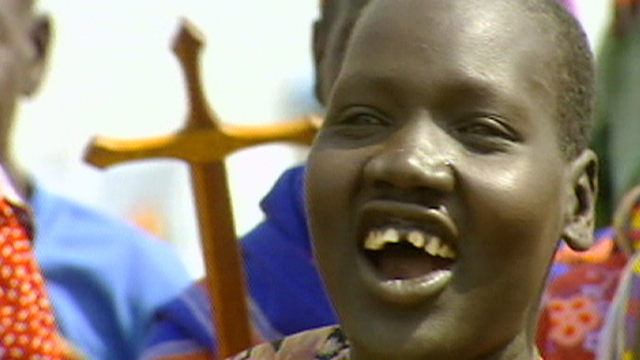 Christians in Northern Sudan face systematic, institutionalised discrimination. Tired of being constantly persecuted, they're hoping to establish their own state in the South.

"In the North, we are not allowed to display the crucifix", states nun Hanan Juan. "If we do, the Muslims curse and spit at us". Christians are banned from speaking in their tribal dialects and have difficulty finding work. Rather than remain in Khartoum, thousands of Christians are returning to their destroyed villages in the South. There, at least they can practice their faith freely.
FULL SYNOPSIS
TRANSCRIPT