The challenge of being Muslim in Western society 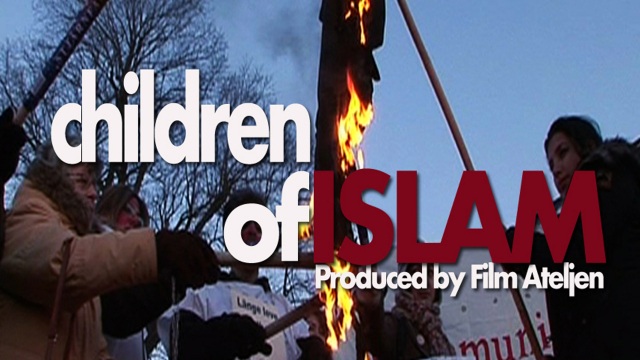 For millions of Muslims living in the West, 9/11 prompted a crisis. With their faith suddenly under international scrutiny, the knee jerk reaction was to spring to the defensive. Orthodoxy suddenly became more appealing. We follow a group of young Muslims living in Sweden as they wrestle with the contradictions posed by practising their faith in a modern age.

"To be honest, it is no wonder there are so many suicide bombers. There is a lot of hatred", confides Karwan, a young Iraqi Kurd and Swedish immigrant. Like other Muslim immigrants in the West, he is walking a confusing tightrope. Torn between loyalty to his religion and a distaste for some of its violent extremes he is searching for a voice of his own. Ahmed too is confused. "I began practising Islam after 9/11. Then it was as though the western world were against us Muslims. I have changed my view on militant Islam now. But I don't feel 100 percent safe here. Should there be a bombing in Scandinavia, I will suffer for it." For these worried young men, the jihadi way is an ever-present option. Influenced by zealous spiritual leaders who speak of a Western attack on Islam, it is easy to become polarised, brainwashed. "We are off to Iraq now to join the rebels!" jokes Ahmed with Anas. It is not such an idle threat. One young boy who had been a member of their group is now in jail having taken up the jihadi cause in Bosnia. Anas is the self-appointed spiritual leader of this group. He argues against any accusations that he might aspire to terrorism. For him there is no confusion. "My religion is the true and only way. It is the solution for mankind." He sees any desecration of his religion, from the defamation of the Prophet Mohammed, to the creation of the State of Israel as a threat to his sacred way of life. His dream is to lead his community forward, "to create something good for Muslims in Sweden," before moving to an Islamic state to bring up his children. Anas believes that Islam must be defended from within and this defence starts at home, in the family. "Allah did not create man and woman alike. Islam does not call for equality." When a Swedish speaker on education demands secular education Anas' followers angrily declare; "In Iran they would kill her on the spot. She is confusing feeling and religion." As one of Anas' brotherhood, Ahmed follows this doctrine. His Swedish wife, Jenna, has converted to Islam and; "when my cousins or brothers are here, she must be covered". But unlike other women, she doesn't seem to find these edicts restricting. She speaks of her desire to bring her children up in "pure Islam". But for others, the reality of orthodox Islamic treatment of women is more brutal. As a university student in southern Iran, Nazanin protested against a law passed demanding that women wear a long scarf. "A week later a patrol came and arrested me. They sentenced me to three years in prison. They started beating me. They broke my leg. They raped me five times." She now bears the terrible scars of her injuries. For Nazanin, "Islam means failure, it means women are not human. Islam means oppression." As another Muslim woman admits; "it is difficult to understand religion sometimes". Leader Anas declares that; "of all the nations that exist in this world, Muslims are the most humiliated, the most downcast" and he demands an end to this oppression. But is this compatible with the obedience and seclusion he dictates for his women? LEARN MORE
WATCH MORE
JOIN THE DISCUSSION
FULL SYNOPSIS

A few years later these young men were portrayed in the press as terrorist sympathizers and haters of jews and christians. Then we decided to make Children of Islam.

During the filming we met other interesting people with different attitudes toward religion and Sweden. One was a former fundamentalist, another more secular. Finally we met two people who had grown up in a Muslim country but now were fighting against islamic rules and religion in Sweden.

Children of Islam is not a film about Islam but a film about six individuals living in Sweden who all have a background in Muslim countries. It is a film about the children of Islam.
The main purpose of the film is to let young people freely speak ut and to show the great range in opinions and attitudes that exist in these environments.
Bo Harringer
Director/producer