Monks on the Frontline 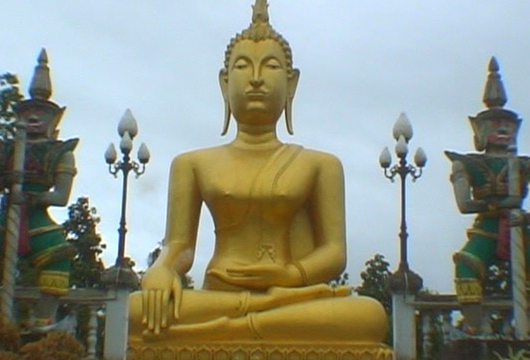 Not for the first time, Buddhist monks are driving the protests in Burma. But how can a philosophy based on reconciliation become involved in a violent uprising to overthrow an oppressive regime?

"The best way to remove this evil government is to use force", states Rambo monk. "The generals are not the sort of people you can stop by sending compassion". He's already been jailed once for his political activities. Now, he lives on the Thai border and continues to co-ordinate an underground campaign against the regime. During the struggle against British colonialists, some monks equated the struggle for political independence with the struggle for nirvana. Once again, some monks are making that connection. But not all Buddhists agree. "I'm not interested in these protests because it's none of our business", states Abbot U Arthipha. "Monks should keep away from politics".
FULL SYNOPSIS
TRANSCRIPT