Palm oil, used to produce biofuel, is being billed as a sustainable solution to the world's energy problems. But does it deserve its reputation? 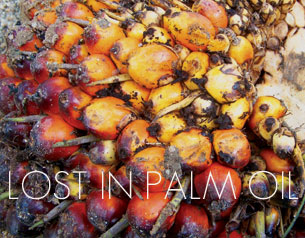 Palm oil, used to produce biofuel, is being billed as a sustainable solution to the world's energy problems. According to an EU directive, by 2030 all petrol must contain at least 20% biofuel. But does palm oil deserve its 'green' reputation? What are the human and environmental costs of the explosion in palm oil plantations? This week's documentary investigates how palm oil cultivation is contributing to global warming. It reveals how indigenous tribes are being forced from their land, rivers and water supplies polluted and rainforests destroyed by a rapacious palm oil industry.

"Stop chopping down our forest. We can't allow them to cut another tree", laments Din Perulak, head of the Orang Rimba tribe. "The forest which sustained us has completely disappeared." Every day, thousands of hectares of rainforest in Sumatra are cleared to make way for palm oil plantations. International investors plan on turning an area the size of the United Kingdom into palm oil monocultures. "It pains us to watch how the forests are being destroyed forever", states Din Perulak. For the Organ Rimba people, the loss of the rainforest doesn't simply mean an end to their traditional way of life. The forest is sacred to them and they firmly believe they are predestined to care for it. "It's as if our mother is dying". Now, with no forest to sustain them, Din Perolak and his clan are forced to beg food from local farmers. The palm oil boom has robbed them of their dignity and the basis of their livelihood. The quickest way to claim forests for plantations is by slash and burn. "Yes, in Indonesia the forest is burning", admits Daud Dharsono, deputy director of palm oil producer Sinar Mas. This method of clearing releases billions of tonnes of carbon dioxide into the atmosphere, contributing to global warming. Once the trees are gone, the damp peat of the forest floor is exposed to the sun, releasing yet more carbon dioxide. Indonesia is now the world's third largest producer of greenhouse gases. The destruction of the rainforests is an environmental disaster that scientists believe is irreversible. But it's not the only environmental problem caused by palm oil monocultures. Phosphates from fertilisers leach into rivers and lakes, polluting the water supply and making it impossible to grow anything else. Endangered animals like orang-utans are losing their last remaining habitats. And toxic pesticides used on the plantations have been linked with the deaths of a million people worldwide. Many monocultures are planted on land stolen from local people. I'm furious. These palm oils are on my land but I don't get anything from the harvest", complains one farmer. "They simply came and took our woodlands away from us". This is confirmed by the deputy mayor of Sarolongun. "These land conflicts are due to the way the investors operate." In a landmark ruling, Sinar Mas, was forced by the government to return stolen land. But it is now attempting to force farmers to pay for the palm oil plantations illegally cultivated on their land. But victories against the industry are rare. When forest is converted to plantations; "the local population doesn't benefit at all", complains Din Perulak. Some people get a few weeks work planting the monocultures. Then the work dries up and all that's left is a huge palm tree desert. A dead forest without animals or people. For the foreign investors, backed by EU subsidies, there's a fortune to be made from this green gold. It's the people of Sumatra who stand to lose everything.
FULL SYNOPSIS
TRANSCRIPT

Inge Altemeier has been a successful journalist and a filmmaker for over 15 years. She has co-produced films on global development with her partner Reinhard Hornung and specialises in evironmental issues and global investigative stories.

Lost in Palmoil is the essence of a work we initiated in 1998. At the time we produced the film Pulp Friction and witnessed the rainforests of Sumatra chopped down to nourish the pulp and paper industry. I was invited to show the film on several occasions and returned to the area, where the pulp and paper companies had publicly promised to grow new acchazia trees. Unfortunately, I found a huge palmoil monoculture. Throughout this period, my relationship with the local inhabitants developed further, whilst learning Bahasa, the Indonesian language. Learning the language formed a special bond with the inhabitants, by uniting us further and standing together to witness the destruction of Indonesias unique rainforests. I felt the earth shaking when the trees were felt and experienced the smog, when significant areas of the rainforest was burnt. Further investigation led to the discovery of the involvement of Western governments and some European banks, which left me feeling totally helpless against this tide of money. It was the strength and encouragement of my Indonesian friends, that revitalised my determination to continue this fight. At the time, I thought that I had seen the worst of it, until we learnt that another plan was approved to destroy further rainforest for biofuels. We returned and met people like Din Perulak, whom we had already filmed in 2001. Sensing where his fate lied, convinced me to act quickly to prevent further deforestation. Therefore, we travelled to West Papua as soon we could. It was a great experience to meet the unique Kasimirus Sanggara and I still feel his magic. Im extremely grateful to Kasimirus and his people, for providing me with the opportunity to stay with them. Not least, those friends who risked their lives by obtaining film footage of the palm oil plantation in West Papua. I fear that Lost in Palm oil might not be our final film about the rainforests in Indonesia. It also concerns me deeply that Kasimirus Sanggara shares the same fate as Din Perulak. But theres always light at the end of the tunnel and we certainly possess an important tool. And its to bring to the worlds attention.......that this cannot continue.