End of the Runway 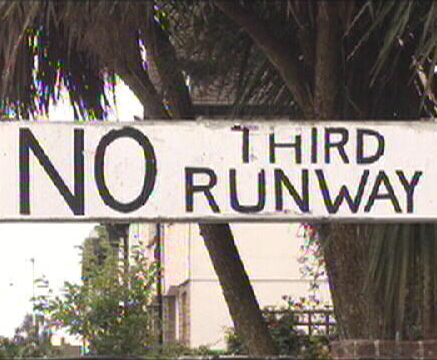 A short documentary about the controversial 'Third Runway' being built at Heathrow Airport. We follow NOTRAG, the local residents organization based in Hillingdon who are firmly opposed to its expansion. We also focus on the infamous climate change camp held in August 2007 by climate change campaigners concerned with the negative effects that the expansion of Heathrow Airport will have on the planet.