Where have All the Children Gone?

Europe's population is shrinking. Can anything be done to reverse the trend? This thought provoking documentary contrasts the family policies of four countries. It examines the extent to which politics influences birth rates. 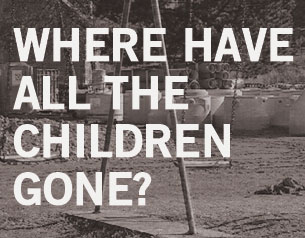 Europe's population is shrinking. Millions of apartments across Germany are being torn down because the next generation of tenants is missing. Small towns are disappearing as the few remaining residents move to the city. Can anything be done to reverse the trend? This thought provoking documentary contrasts the family policies of four countries. It examines the extent to which politics influences birth rates.

"We simply don't have enough kids here", laments school principle, Jürgen Kneisl. In some parts of East Germany, birth rates have fallen 70% since reunification. "We're the only family in our block of flats", states Silkd Meier. In contrast, across the border in France, birth rates are booming. "France has made it an official goad to keep its population as high as possible", explains Prof Herwig Birg. The French government provides state run nurseries, enabling both parents to work. In contrast, "If you're a woman and you have children, you can't have a career in Germany", claims mother Sylvia Lefevre. All over Europe, the story is the same. "The countries where fertility is the highest are the same countries that give women the most help toward rejoining the workforce", states Prof Jeanne Fagunani. "On the other hand, the countries that don't help women when they want to work, like Italy, Spain or Germany, they show a very, very low fecundity."
FULL SYNOPSIS
TRANSCRIPT