Isle of Man: Beyond the TT Race 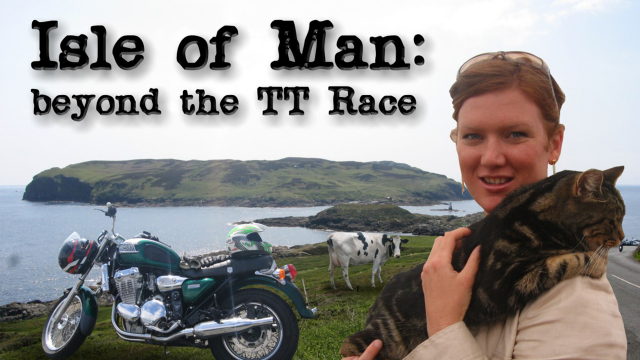 There's a place in the middle of the Irish Sea where the cats have no tail, there are no speed limits and for two weeks every year, you get woken up by the screech of speeding motorbikes. But there's much more to the Isle of Mann than the world's most famous motorbike race. This lighthearted documentary profiles the Island during the TT race. There are bike freaks, loud concerts and huge crowds; old archaic laws, beautiful beaches and tasty local cuisine.

For two weeks every year, the Isle of Mann puts on a party. A party that attracts tens of thousands of visitors from around the world "I call it the Olympics of motorcycle road racing", states Wayde Boyd. For tourists, the highlight of the TT race is 'Mad Sunday'. On that day, anyone with a bike can race around the island's winding, bumpy roads. Some drivers reach speeds of up to 190 miles per hour. "There are so many people out on Mad Sunday, it's frightening", states one man. During the TT race, the Island's population doubles. But for those not interested in bikes, there are lots of other attractions. "Lots of street entertainment, live bands, the beach is packed". The island is also home to the unique tailless Manx cat and is famed for its laid back Gaelic culture.
FULL SYNOPSIS
TRANSCRIPT

Producer/Director Andrea Conigli, born in Roma in 1972, Italian, comes from a background of new media technologies and DVD-video production, as well as a number of Short Films, Format Ideas, Music Videoclips, Documentaries, following closely each part of the production and post-production processes.
Presenter Chantelle Packer is from Perth, Australia, she started as an event/catering organizer and food designer. She has a natural and spontaneous approach with documentary especially when it comes to interacting with other people.
Presenter Daniel Tibor, born in Heidelberg, Germany, features a sarcastic and positive attitude and a knowledge of a considerable number of languages.

A trip to the Isle of Man during the TT weeks is something that everybody, bikers and non-bikers, should experience at least once in their life. It is important to carefully plan your own moves, where to be at what time, taking into consideration the closure of the roads, that take place to allow race and practice sessions. That put major obstacles during production.
On the other hand, theres a constant positive and party atmosphere, and you find yourself in front of a very friendly and helpful crowd of locals and visitors (mostly bikers), and I would say this was the best part of the event. Andrea Conigli (Producer/Director)