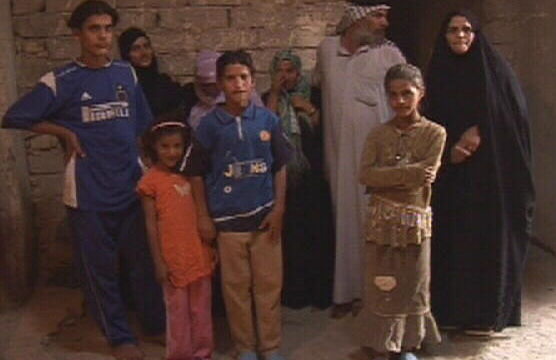 Dissatisfaction is steadily growing in Nasiriya at the Shia local government. Few have seen any improvements; there has been no investment in basic services and unemployment is high.

"The Islamic party manifestos promised us chicken and many goods", complains Jasim Gatia. "Now they are in government, nothing is like what they promised". People had great expectations when the Shia came to power but those hopes have not been met. In Nasiriya and the surrounding villages, there is still no irrigation system. "We asked many times but there is no action", states Sheik Hussein Ali alSalmen. Few trust the police, believed to have been infiltrated by party militia. "Things were meant to get better but it is the same as before".
FULL SYNOPSIS
TRANSCRIPT