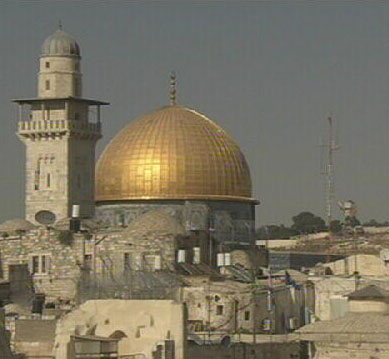 Years after Theophilos III was elected Patriarch of Jerusalem, Israel refuses to recognise him. In exchange for their recognition, it's demanding first refusal on all land sales or rental in Jerusalem.

The Eastern Orthodox church owns large parts of Israel and the West Bank. Theophilos' predecessor tried to sell some of this land to a right-wing organisation on a mission to Judaize Jerusalem. When Theophilis came to power, Israel froze access to the Church's bank accounts and land registry. "The government is trying to interfere in Patriarchate affairs."
FULL SYNOPSIS
TRANSCRIPT