Rebirth Of The Danube Delta

From dead zone to fertile delta - the Romanian Danube 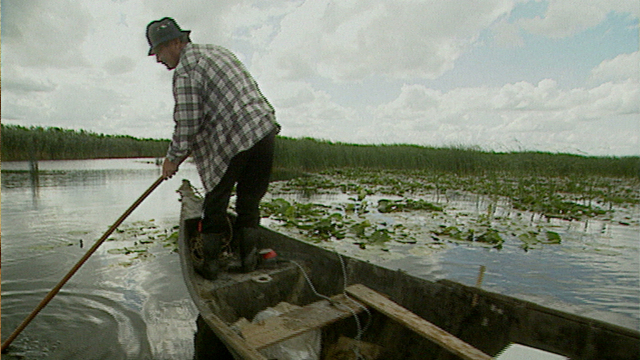 In the 1980s, Romanian dictator Nicolae Ceausescu decided to transform Europe's richest land into a breadbasket to feed Eastern Europe. Instead, his system of dykes, dams and artificial lakes wreaked massive environmental destruction. By the time of Ceausescu's demise in 1989, 40,000 ha of the Delta had been destroyed. With the disappearance of the fish, birds and rare mammals went the traditional lifestyle of the Lipovenes, ethnic Ukrainians who'd fled Russia, and who relied on the wildlife of the Delta - especially the giant sturgeon. Today, weed-filled fields still remain useless for farming, while fish collecting stations and salt mines lie disused. However, the Delta is making a remarkable recovery, thanks to an innovative World Bank Programme. Birds and plants are returning and although the sturgeon haven't recovered, the Lipovenes believe they too now have a future on the Delta. Produced by ABC Australia
FULL SYNOPSIS
TRANSCRIPT