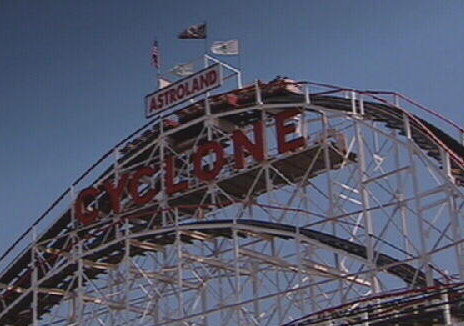 Coney Island, Brooklyn, was once billed at the world's greatest amusement park. In its heyday, it entertained millions of New Yorkers. But now its future is in doubt as developers move in.

From its popular 'freak show' to its clackety rollercoaster and Ferris wheel, Coney Island harks back to a different era. "It invented a lot of what we consider an amusement park", explains Dick Zigun, Coney Island's unofficial mayor. But now "it's just old. It's falling apart". Developers have bought up much of the land and there are questions over whether or not it will reopen next summer.
FULL SYNOPSIS
TRANSCRIPT