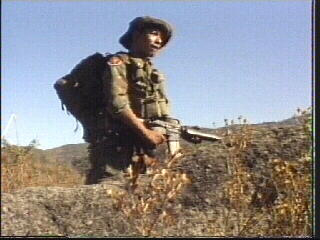 El Salvador fought a bloody war throughout the 1980s as US backed government forces sought to quel a leftist uprising from the FMLN. The March 1989 Presidential Election was widely disrupted by FMLN operations which by November brought heavy fighting in the form of the Final Offensive to the capital. We bring you footage covering both sides of the conflict.