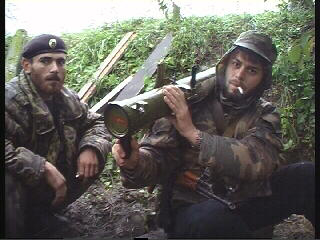 After a series of unexplained bombs in Moscow and Southern Russia, Russian forces entered Chechnya at the beginning of October 1999. The controversial Russian engagement saw the deaths of thousands of Chechen civilians. This incredibly rare, beautifully shot footage takes you into the heart of the conflict, amongst the Chechen rebels fighting to rid their country of the Russians. Includes footage of a shotdown Russian helicopter, and key Chechen leaders.