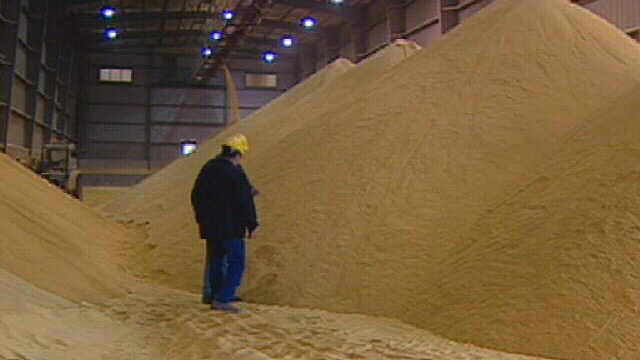 Demand for biofuels like corn-based ethanol is leading to soaring food prices and political instability. The price of wheat and corn has doubled, hitting the poor particularly hard.

Backed by generous government subsidies, the ethanol industry is on a mission to "reduce our dependency on imported oil". Its insatiable demand for corn is "driving world commodity markets", pushing up global prices. Prices of eggs, meat and dairy products have also shot up because corn is used in animal feed. "A lot of pork farmers could lose money because of high feed costs", complains farmer Randy Hilleman. But it's the poor, whose staple diet is grains, who will be most affected. "The grain it requires to fill a 25-gallon SUV tank with ethanol will feed one person for a year", explains Lester Brown, Earth Policy Institute. The ethanol boom could create unprecedented global insecurity. Already tortilla prices in Mexico have increased 60%, prompting people to take to the streets. Sceptics question if ethanol can reduce America's dependence on imported oil. Even if America's entire corn crop was converted to fuel, it would only displace 15 per cent of petrol consumption. As most ethanol plants are powered by coal, doubts have also been cast on its green credentials. But the corn lobby blames high petrol prices for rising food costs and complain of an anti-ethanol conspiracy.
FULL SYNOPSIS
TRANSCRIPT