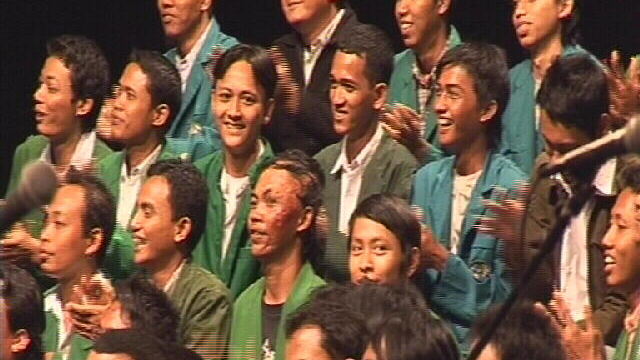 Under Suharto, mocking the President on national tv would have been unthinkable. But today, the most popular show in Indonesia is a political satire lampooning the country's leaders.

Every episode of 'Republic of Dreams' begins with a theme song reminding viewers "criticism's normal, human beings have their faults". Creator Effendi Gazali believes his show plays an important role safeguarding Indonesia's democracy. "We need this kind of TV programme to guarantee the checks and balances". But even today, criticising politicians remains a risky proposition. The show has; "survived two efforts from political parties to intervene." Its most vocal critic is Information Minister Sofyan Djalil. "I believe that programme does more harm to society than good", he explains. "If our leaders are ridiculed then society will have no one to guide it".
FULL SYNOPSIS
TRANSCRIPT