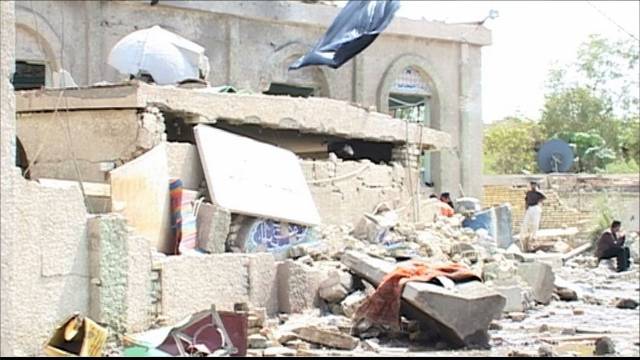 Filming outside the Green Zone, where few foreign reporters dare to go, Fouad Haday captures the reality of life in Baghdad. Suicide bombings and sectarian war have brought the city to its knees.

In a bombed out airbase, 1,000 families seek shelter. Abu Abbas and three of his six children were disabled in an insurgent attack. "I lost all my blood in the incident, my legs were full of shrapnel". Now he's bed-ridden and constantly worries about who will provide for his children. "I have no one to help me but God". Security guards describe the trauma of collecting; "pieces of flesh and hands in cardboard boxes" after a suicide attack. People are too afraid to leave their homes. "In my whole life, I've never been in this situation", laments one man. These people have seen little of the security benefits from the troop surge.
FULL SYNOPSIS
TRANSCRIPT