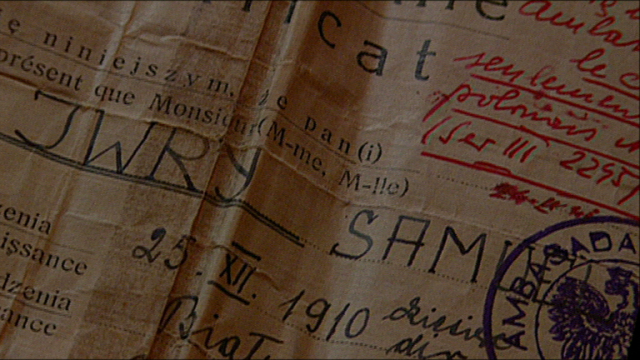 In October 1997 an unsung hero, Jan Zwartendijk, who saved 2200 Jews from the Nazis in 1940, was remembered through a special award for 'righteous gentiles'. This is Zwartendijk's story, told by his sons and the people he saved.

Zwartendijk was honorary Dutch Consul in Lithuania when he found a way to help Jews escape from Europe. Under Dutch law no visa was required to visit the Dutch Caribbean Island Curaçao, only written permission. Zwartendijk's simple words "No Visa to Curaçao Necessary" enabled Jews to get transit visas for Japan, followed by exit visas to escape Lithuania. The news spread like wildfire that the Dutch Consul offered a way out. For nine days Zwartendijk worked day and night stamping his magic words again and again. He was shocked by people falling to their knees begging for help, even offering gold. He didn't want money. His son remembers how tired his father was, resting just one day out of nine. Zwartendijk was always modest; he only learned he'd saved so many just before he died in 1976. Produced by EO TV
FULL SYNOPSIS
TRANSCRIPT