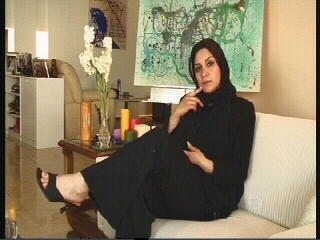 Her films have divided Iran, led to her arrest and seen her charged with four crimes that carry the death penalty. But Iranian filmmaker Tahmineh Milani refuses to be silenced.

"She focuses on women's rights and shows things the way they are", states a fan. Milani's latest film, 'Payback', is her most contentious to date. It's about four women who meet in prison and form a vigilante gang, posing as prostitutes and handing out their own brand of justice to men. "I wrote the story but the characters are based on real people", Milani states. Although Milani is Iran's most commercially successful director, filmmaking for her is about much more than making money. As she explains: "I think I have an ability to make a positive cultural change".
FULL SYNOPSIS
TRANSCRIPT