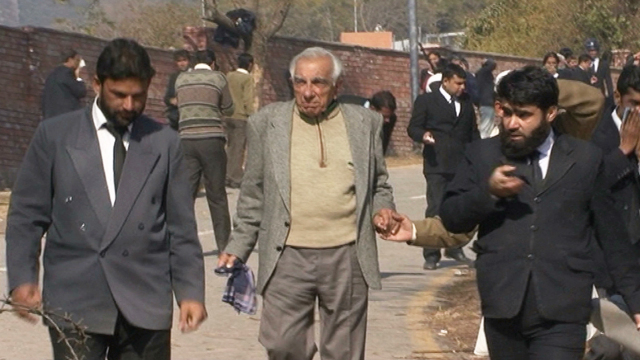 Filmed in the days preceding the turbulent 2008 Pakistan elections, this report offers a powerful insight into the turmoil of Musharraf's rule.Focusing on the controversies surrounding the judicial system, it explores the widespread discontent which continues today.

"He removed all the judges of the superior courts illegally and unconstitutionally", argues Haroon Rashid, the president of the Islamabad Bar Association. With the Chief Justice under house arrest, most of the nation's top judges replaced and accusations of vote-buying, few believe in the fairness of the elections. A group of lawyers stage a street protest but end up getting tear-gassed. According to political scientist Rasul Bakhsh Rais, the situation is no less than "a constitutional farce and an insult to the people of this country". Featuring interviews with Nawaz Sharif and Asif Ali Zardari, this report explores the contributing factors to Musharraf's fall from grace.
FULL SYNOPSIS
TRANSCRIPT