Slavery is alive and well in Mauritania: several vague diplomatic attempts to ban the practice have never been put into practice. We look at the people whose lives are bought and sold in this remote desert nation. 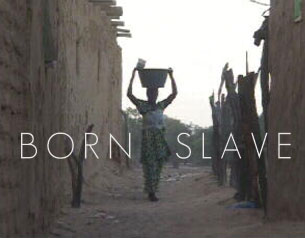 Contrary to most other societies in the world, in Mauritania traditional slavery is still in practice. A law abolishing slavery in 1981 has not been followed by any practical measures by the regime.

Bilal, a sixteen-year-old slave, runs away from his master in order to find his mother, who left him when he was only two years old. According to tradition, the child of a slave woman belongs to her master. From the time a child can walk and talk, it's put to work and can also be given away to others by the master. "Your Paradise lies under our feet" say the masters who use religion to frighten their slaves into submission. Following the reunion of Bilal and his other, this documentary exposes the maltreatment and humiliation of unpaid workers.
FULL SYNOPSIS