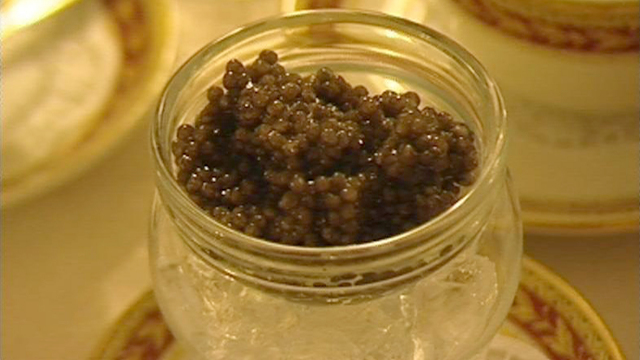 The trade in caviar is one of the most lucrative black markets in the world. Kazakhstan's local fishing agencies, meant to protect the beluga sturgeon, are accused of being the primary poachers.

"Every kid in the city knows that 70% of the poachers work 'under the cover' of the Water Police", states journalist Lev Guzikov. By law, caviar is strictly controlled by UN quotas, governing trade in endangered species. In practice, the illegal trade may be 12 times as large as the legitimate one. With caviar eggs almost as valuable as gold, there's real money to be made. But illegal poaching has brought the sturgeon to the brink of extinction. Officials are reluctant to co-operate with scientists because previously, research led to export bans. "It's a very lucrative industry", states scientist Phaedra Doukakis. "It's not transparent. It never has been."
FULL SYNOPSIS
TRANSCRIPT