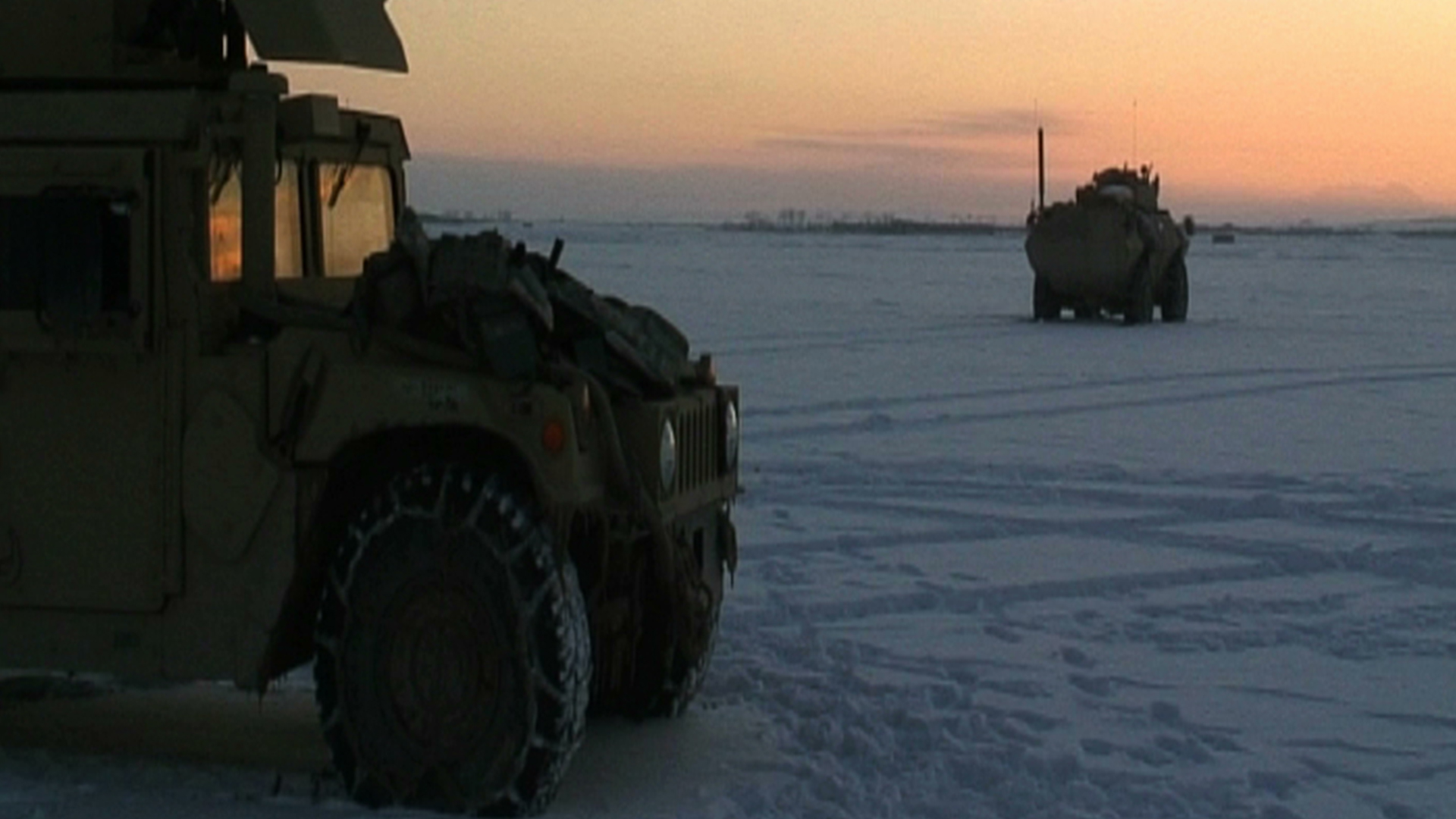 The situation in Afghanistan steadily deteriorates. In the past 12 months, over 6,000 Afghans have been killed. Can a hostile population ever be won over?


"How do you turn a communities from bad to good?" ponders Lt Col Woods. Six years after the invasion, the rhetoric has changed. Soldiers no long talk about wiping out the Taliban or hunting down terrorists. Now, the buzz words are tactics of
counter insurgency. "We have to look constantly at ways to do it better and do it differently", states Woods. It's a difficult challenge. His men appear exhausted and demoralised. At night, the temperature drops to - 30°c. Blizzards have grounded the helicopters. Despite the extreme weather, troops
from the US 82nd airborne are heading out for a ten day patrol. But the village has clearly been warned. All the military-aged men have vanished. "Your guys get swallowed up?" asks Sgt John Jennings. In the second house they search, they unearth a pile of grenades and weapons. Next day, they
guard the Provincial Government, who is meeting with tribal elders. They listen uncomfortably to a litany of complaints. "A lot of injustice has been done", laments one leader. "Government forces loot houses, kill people, detain people". It seems the ongoing operations are causing nothing but
resentment.
FULL SYNOPSIS
TRANSCRIPT