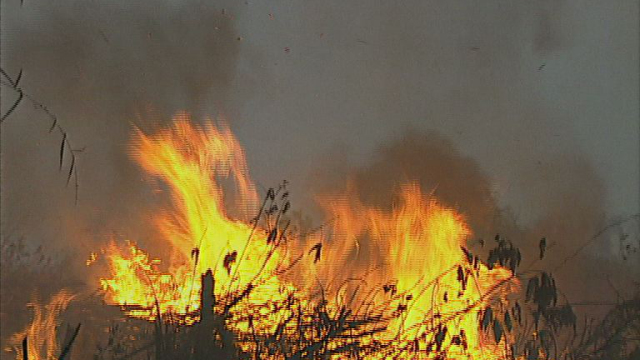 Loggers are razing Indonesia's rainforests to the ground and harming its citizens.

Timber and plantation companies in Indonesia are wreaking havoc. Forest fires are erupting at an alarming rate, and all due to the practice of the companies, either recklessly burning land to clear it, or leaving waste that in the dry season sets on fire. While the timber industry in particular has been singled out by the government, Bob Hasan, a timber tycoon and close friends with President Suharto, denies the accusations, blaming "newcomers" and "roaming farmers" for the chaos. Yet the Dyat people, whose environment has been all but destroyed by the population, maintain that their slash and burn methods are kept under strict control, with fires under their watch rarely getting out of control. Yet while companies negate responsibility, the affects of the pollution are clear to see; polluted cities that haven't seen daylight in weeks, populations with widespread respiratory problems, unique flora and fauna in danger of extinction. Yet with over 2 million hectares of forest being cut down every year, and a government scarred by corruption, it seems unlikely that the problem will subside. Produced by ABC Australia
FULL SYNOPSIS
TRANSCRIPT