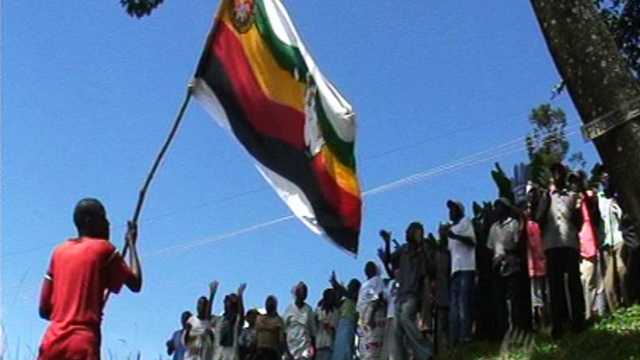 "How much for a banana?" "2 million dollars", the reply comes back. For most Zimbabweans this election is a side event to survival. As we watch Robert Mugabe tuck into a large slice of birthday cake on state TV, it becomes clear how out of touch he is with his starving populace. Life expectancy is a staggering 35 years, inflation an improbable 100,000%. Nearly 25% of the population live abroad as refugees. We speak to a member of the presidential guard assassination attempt, MDC leaders, refugees and white farmers. All are united by an urgent need for change. In the words of MDC candidate Mishek Kagurabadza "the Zimbabwe children are ready to march for freedom."
FULL SYNOPSIS
TRANSCRIPT