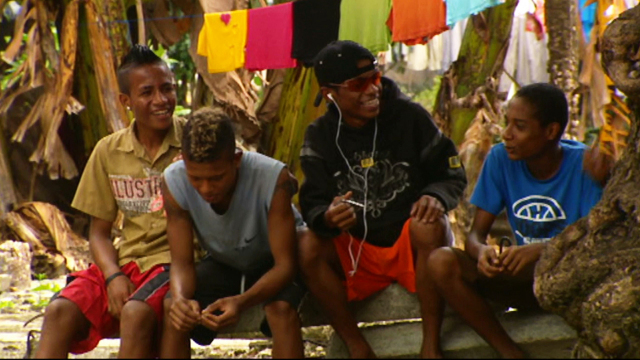 In 2002 East Timor gained independence from Indonesia, yet despite floods of international aid, poverty and instability prevail. Seven out of ten young men now belong to violent gangs; prolific warfare magnifies the chaos.

The gangs terrorise 'Easterners,' and in 2006, 'Western' gangs destroyed six thousand homes. Now one third of Dili's population live in tents, surviving on less than one dollar of government aid a day. Gangs use arson, martial arts and voodoo tactics to ensure refugees will never return home. "They are the people who eat the meat from the human," says gang member Olderico Campos, about black magic practices in Timor. The gangs often seek work under the government and police, "if political parties require support in regards to demonstrations....or attacking enemies they utilise martial arts groups." Says intelligence advisor Jose Luis Sousa Santos.
FULL SYNOPSIS
TRANSCRIPT