Hunt For The Truth 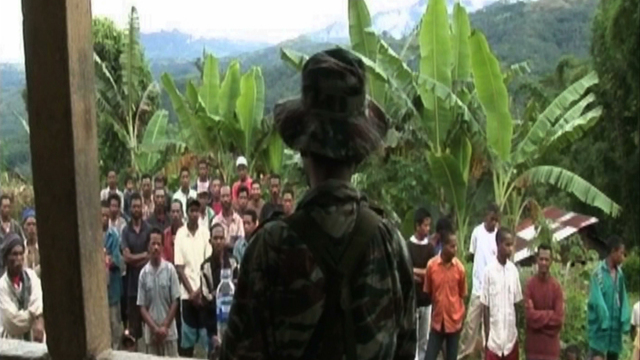 The recent failed assassination of President Ramos-Horta is shrouded in mystery. Killed that same day outside Horta's home was rebel leader Alfredo Reinado. His lover, Angelita Pires, is speciously blamed, possibly used as a scapegoat by more sinister forces.

Relations between Reinado and the government were never amicable. Representing the repressed "Westerners," Reinado led troops away from the armed forces on accounts of discrimination from Eastern factions. Yet amnesty meetings between the President and Reinado were eventually organised. "He discussed a future where he could live in peace," says Pires of her lover. The engagements proved unconstructive, and on the eve before his death, a government emissary escorted a drunk Reinado to the President's home. Officials have been especially coy about the urgent summon. It is thought that Ramos-Horta has the answer.
FULL SYNOPSIS
TRANSCRIPT