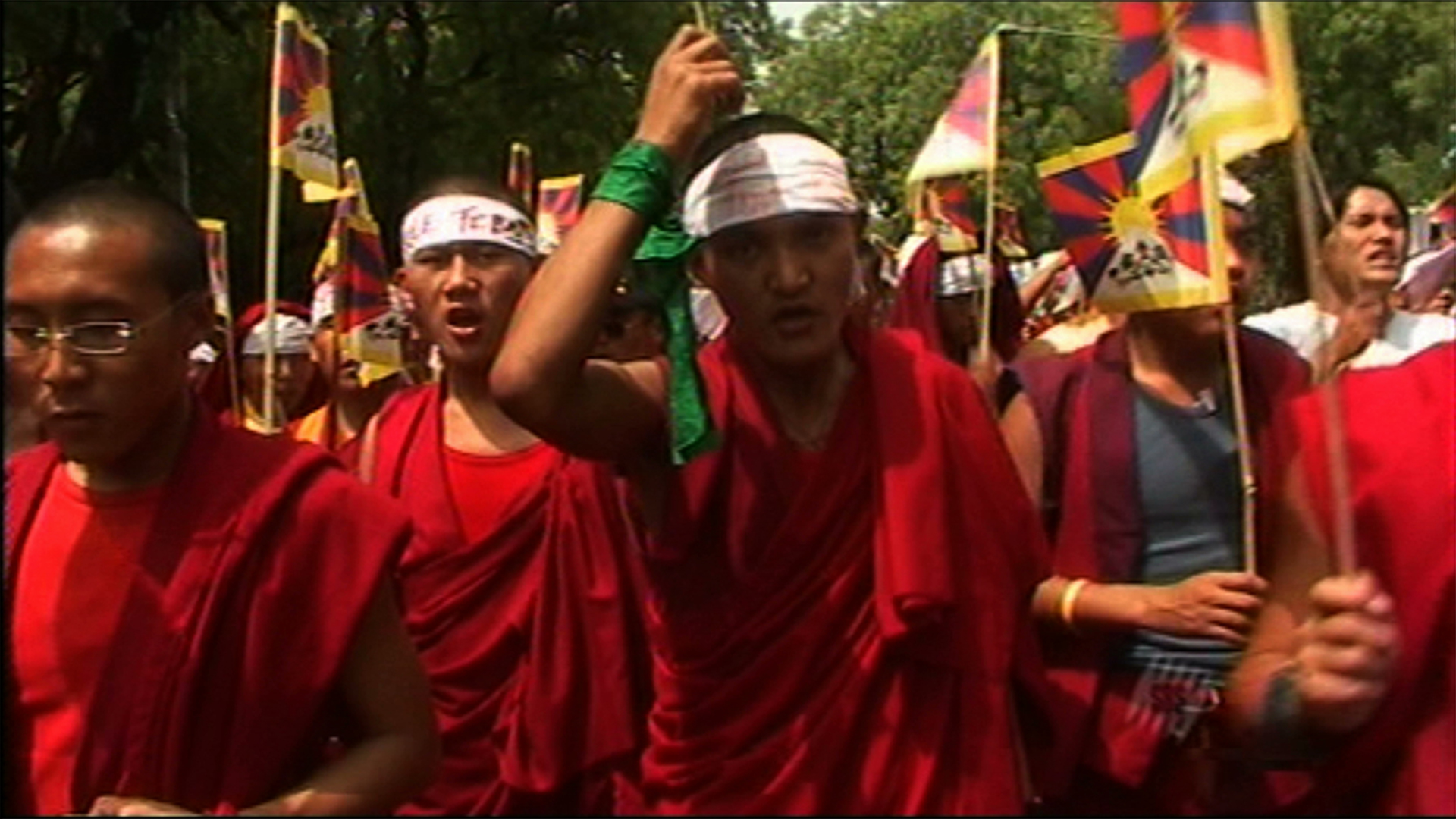 Entry to the clandestine meetings was granted to few for fear of alerting Indian secret police. "And so their phones are switching off, or they were being tapped," comments Brill who successfully gained the protestors' trust. Constantly monitored by Indian police, the 700-strong "Friends of Tibet" group has been forced into hiding. The protestors were reluctant to utilise an officially sanctioned Tibetan demonstration corner. Instead they planned a route to disrupt the torch run but their
vehicles ran into a police barricade and within 20 minutes, most had been arrested.