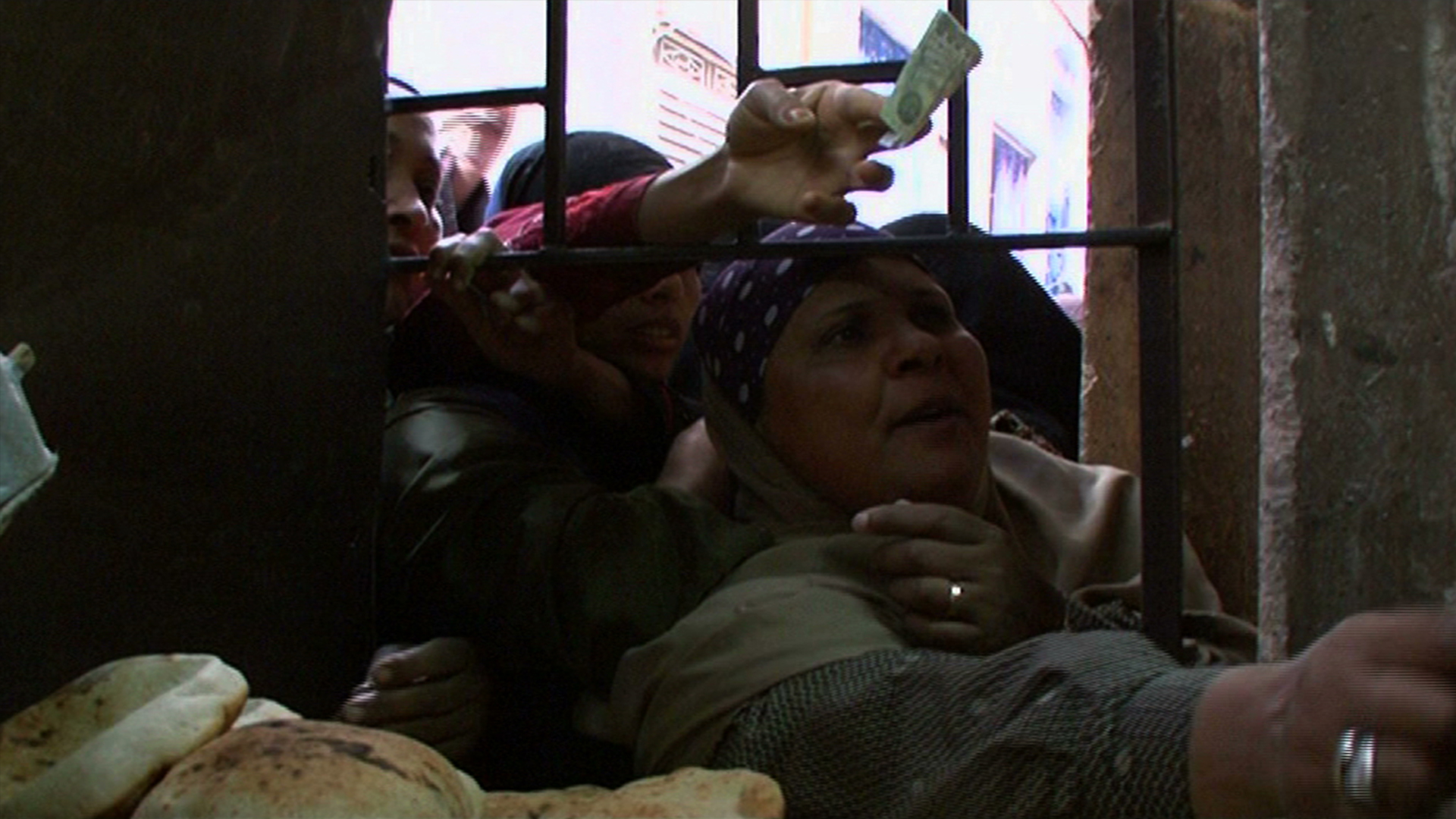 With the price of staple foods soaring in the past year, riots are breaking out over the food crisis. Price increases on wheat are hitting poor Egyptians especially hard, as many rely on subsidised bread.

Outside Cairo bakeries, hundreds of hungry people queue at dawn daily, desperate for bread. "We've been here since 6 o'clock and got nothing yet. People are being humiliated", exclaims one woman. The crowds push and shove their way to the bakery's steel-barred windows, thrusting the little money they have at the workers inside. "Take the money, please, and give me bread for a pound." With 15 million Egyptians living below the poverty line, the Egyptian Government has increased its scheme of providing subsidised wheat to certain bakeries, reducing the price of a loaf from ten cents, to one. Sadly bread isn't the only thing that is climbing out of reach though. Other basic foods such as pasta and even fruit and meat are now being foregone by increasing numbers of people. Children are missing school to stand in queues for hours. Even the middle classes are feeling the squeeze, as wages aren't matching the increase in prices. Hoda and her husband have six children and earn an equivalent of $4 between them a day. Hoda says "After rent, water, electricity and food nothing is left of our wages. Nothing is left for anyone's future."
FULL SYNOPSIS
TRANSCRIPT