Behind the Nazi origins of the Volkswagen Beetle 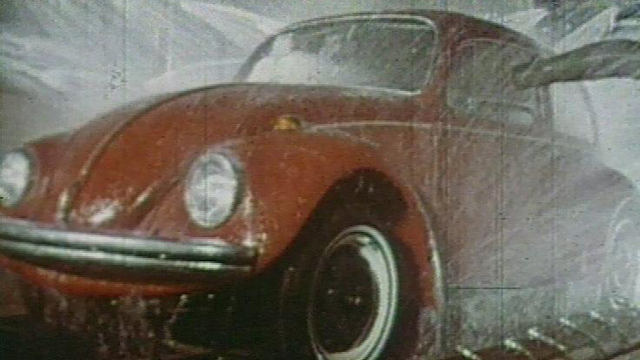 An engaging insight into the history of the VW Beetle, which reveals that the ultimate left-wing status symbol was born of the ultimate fascist mind.

Hitler dreamt up the VW as the steadfast people's car... he'd be turning in his grave if he could see it now. One of Hitler's early promises was a car everyone could afford, which would make them proud of Germany. It would go a long way, not break down and not cost much to run. The Fuhrer got in a fury as his dream became an imperfect reality. Of course not everyone could afford it and at the end of the war the manufacture fell to the invading British. The Volkswagen was relaunched in a blaze of publicity which seems quaint today but was very fresh for the time. The VW was in vogue. People fell in love with it. And its reputation endures today. An affectionate look at a car which proves the power of popular culture to choose its own icons. Produced by Journeyman Pictures
FULL SYNOPSIS
TRANSCRIPT