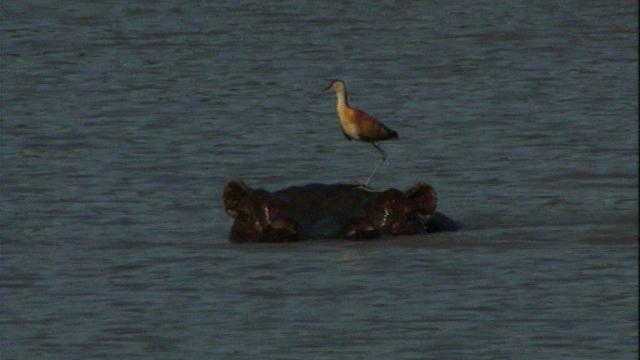 In this report, we see how one of the world's most important heritage sites, the Okavango swamps in Botswana, is faced with extinction at the hands of a growing, thirsty population.

It''s a microcosm of Africa's dwindling resources in the face of rampant human development. Beautifully filmed, this feature soaks up the abundant bird and animal life in this lush wet African paradise; hippos, lions, giraffe, deep blue sky on inland waterways. It's one of Africa's most famous reserves and the world's largest inland delta. The thirst of desert ridden Namibia is the problem. Namibia is short of water and now plans to draw water off the Okavango River, which feeds the swamps and runs through Namibia. The Namibians say what they will take is insignificant but Botswana says if the plan goes ahead the world will lose a unique treasure. Senior figures from both countries worry it could soon turn into a nasty confrontation. Produced by ABC Australia
FULL SYNOPSIS
TRANSCRIPT