World On a Trip

The varying attitudes towards drug use around the world 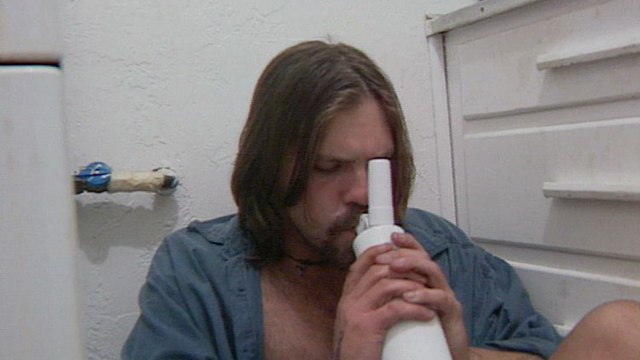 This film highlights the difficulties of global control in a world where drug consumption has never been so high.

In Cape Town - South Africa, young men crouch in an alleyway smoking Mandrax, a slimming drug. In Germany they'd never get away with it. There we see drug officers degrading young addicts who can be subject to searches 3 times a day. German judge Nescovic tells us police crackdowns have no effect. Harry, in his 30s, has been experimenting with drugs since he was 10. He tried to go straight many times but always he succumbed to crime to finance his addiction. The days of the ideological drug culture, alternative lifestyles, consciousness-raising ideals, are over. Drug-taking today is more indiscriminate, less idealistic. In the USA, injecting crack cocaine was once a desperate thing to do. Today Cliff, who's thoroughly middle class, shows us how it's done. In Holland we look at what the unique liberalisation of drugs has meant. Throughout Western Europe the cutting edge of drug reform concerns cannabis use. We examine the endemic use of cannabis, and the institutional resistance to it. Society faces a dilemma. What is right and what is wrong? Produced by Journeyman Pictures
FULL SYNOPSIS
TRANSCRIPT