The story behind the infamous downing of an American Black Hawk helicopter by Somali gunmen. 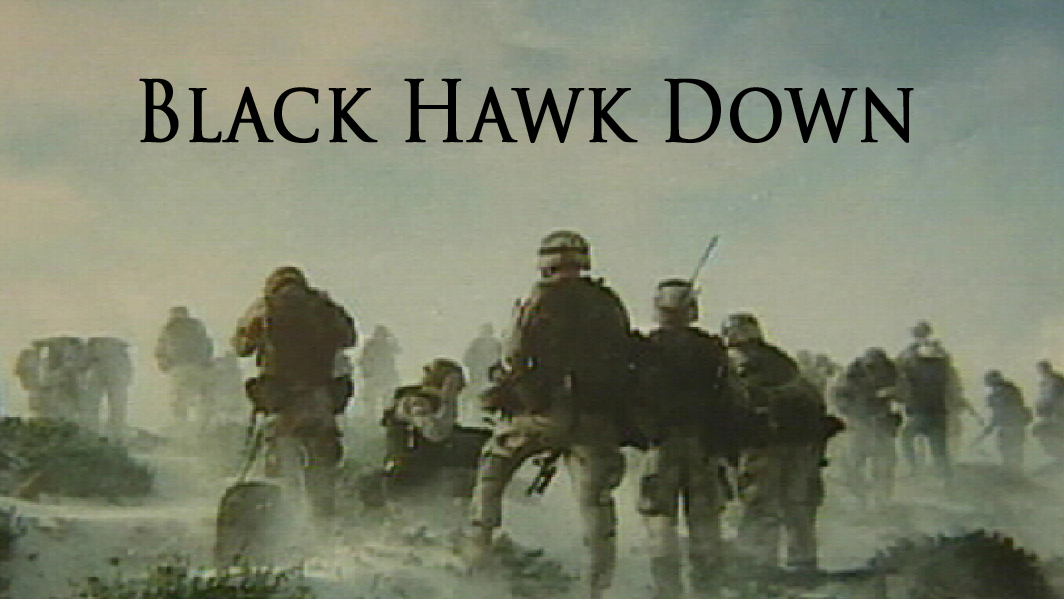 An in depth look at the troubled US intervention in Somalia. We reconstruct the most devastating battles between marines and Somalis using US army broadcasts.

It began as a mission of mercy, to feed the starving in Somalia. But within a year American military forces would be killing - and killed by - those they came to save. Exclusive interviews, footage and US military material shows the reality behind America's troubled intervention in Somalia We reveal exclusive US Army radio transmissions of the climatic battle of Oct 3rd 1993, as two US helicopters are shot down. These were bringing in marines to the rescue of US troops under fire as they abandoned their mission to capture Aideed. Speaking to Americans and Somalis who were involved, we unravel the hour-by-hour drama. US helicopters lowered troops armed to the teeth into the heart of Mogadishu. In the black of night the silence was an illusion as Somali gunmen advanced by the hundreds. But within minutes the hapless Americans came under fierce fire. Fighting for the first time, many of the young marines had been thrown into a nightmare they were not prepared for, one in which 19 Americans died. The radio tapes sound like Apocalypse Now. '. we got a black hawk crashed in the city . Going in hard! . We're taking a lot of RPG fire .' At the height of the battle US forces were involved in the nastiest piece of action seen
since the Vietnam war, and it's the detail that makes this narrative full of tension. 'I've got urgent casualties at the crash site . people still alive in the wreckage. If you tuck in tight pick that sucker out . we're running out of medical supplies and ammo.' A member of the US forces involved in the bid to capture warlord Aideed candidly describes 'turning the handle' of a meat grinder of death. In one day the Americans estimate they killed more than a 1000 Somalis. We speak to the US envoy, Admiral Howe, who saw months of hard work destroyed as the UN and US collided with Aideed and his fighters. Those same Somalis today speak of their lack of remorse for dragging the bodies of US marines through the streets of Mogadishu. On July 12th, nearly 80 Somali elders were killed by US gunships firing into a building in Mogadishu. In revenge for that attack 4 international journalists were hacked to death as they worked. How did America go from guardian angel to imperialistic devil? Did the US leadership bargain for the unique Somali environment? Black Hawk Down takes the viewer behind the headlines to reconstruct this perverse Alice in Wonderland battle. With thousands of civilian lives lost and millions in international peace keeping reserves spent, the Somalia story is an important backdrop to the question of foreign military intervention. Produced KR Video
FULL SYNOPSIS