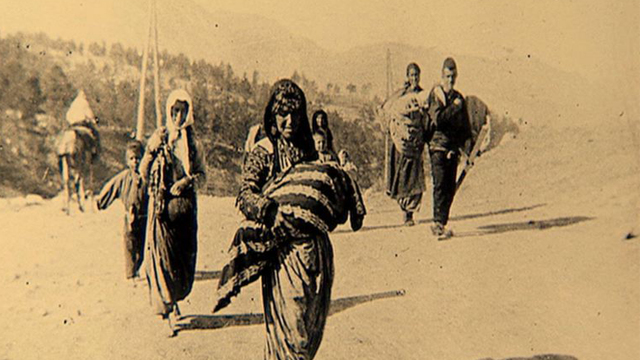 In the early 20th century, one million Armenians were massacred by Ottoman military forces. One hundred years later, and the Turkish government's official position remains one of denial that the genocide happened.

The Turkish government's line is that the genocide of Armenians in 1915 did not take place - with retribution delivered against those who say otherwise. Armenian journalist Hrant Dink was murdered after writing that the Armenians' 'existence as a nation...was destroyed'. The Armenian Foreign Minister, Vartan Oskanian, believes that 'the sense of tragedy is being exacerbated with every passing day Turkey continues to deny'.
FULL SYNOPSIS
TRANSCRIPT