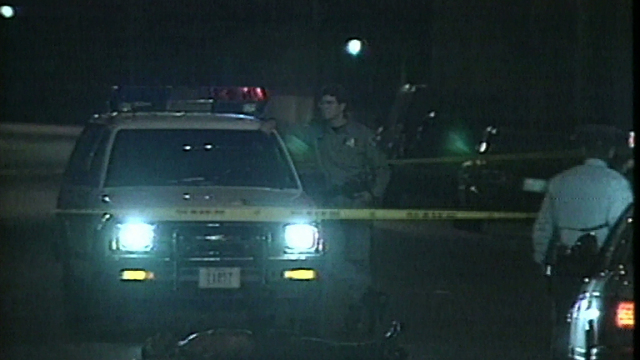 In Washington alone there are hundreds of gunshot deaths each year.

It's 9.30 at DC General Hospital, USA. Tracy Rauch, 21, is brought into casualty. He's been shot through the head. The doctors Clip Tracy's head wound together. He will make it. The rough 5th district of Washington is the front line in a brutal war waged daily on the streets of America: drug dealing, prostitution and shootings. Little Vietnam is the nick-name of the corner where Tracy Rauch was shot. Drug dealing is visible on the streets. For black America it's often the only alternative to the army. There's a more chance the young men here will die from gunshot wounds than graduate from high school. Redds is Tracy's brother. He was in the car when Tracy was shot. Redds was already paralysed from the waist down. He was shot three years ago. By eleven o' clock that night Tracy is discharged from hospital. His girlfriend is in another hospital, about to give birth. Just another day in Washington's gang wars. Produced by Journeyman Pictures
FULL SYNOPSIS
TRANSCRIPT