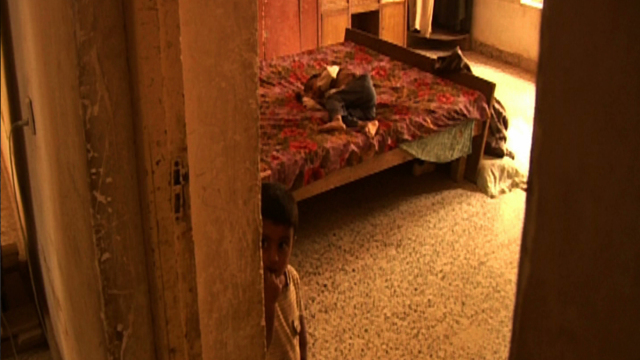 Five years on from the invasion, progress in Iraq is slow. Sectarian clashes between the Sunnis and Shiites fuel instability. Can Iraq find the strength it needs to avoid an impending civil war?

"The country will collapse, the conditions of the country will get unstable," says Iraqi soldier Hamed Mounahi. He feels America has failed to tackle militia groups by withholding military equipment. In the cities, improved security means shops can reopen; yet living conditions remain poor. A lack of education, fuel and food feeds crime. "Youths join the terrorists for small amounts of money and the country suffers," says businessman Mounaf AlObeidi. Iran has often been accused of fuelling terrorism in the hope of dismantling democracy. "If Iraq falls into civil war, it will be a disaster for all countries because Iraq is a major country in this area," counters Oraib al Rantawi.
FULL SYNOPSIS
TRANSCRIPT