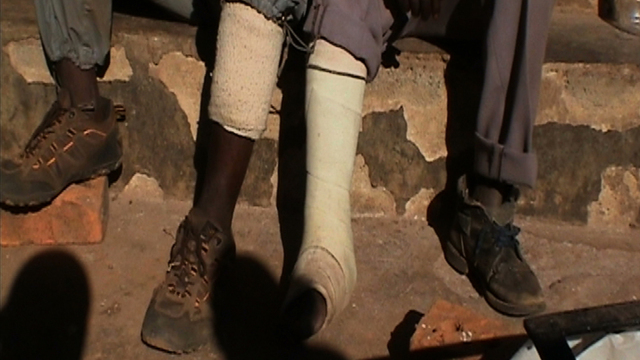 Julius is a young man in-hiding after an attack by Mugabe loyalists left him with severe injuries. He was beaten unconscious and left to drown. Many of his attackers were neighbours, 'I used to socialise with them', he says. 'Our crime was that we voted for the MDC', Julius tells us. 'We were beaten because they said we wasted our votes and sold our country'. A badly injured man, targeted by ZANU PF for acting as a polling officer, is being treated at a nearby hospital. He knows he is risking his life by appearing on-camera but does not turn us down; 'I want the world to know that it is true', he explains. 'People are being beaten by ZANU PF, people are being killed by ZANU PF'.
FULL SYNOPSIS
TRANSCRIPT