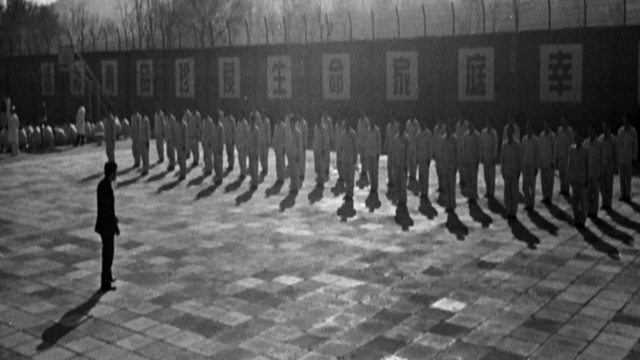 Chinese authorities have got a radical weapon against troublemakers: lock them up indefinitely in police-run mental hospitals. Written off as 'dangerously ill', 'patients' are often never seen again.

Zhang, a democratic activist, was abducted by the police and taken to an institution where he's been detained alongside genuine psychopaths. As his sister tried to prove his sanity, it appeared that the motive was his political views. Another victim was incarcerated and force-fed pills for a year after challenging a court ruling. Coming out, she talked to human rights activists: 'What on earth is wrong with me that I must stay with murderers in one cell? Is there a law in this world?' Psychiatrists claim that 'patients' have pathologically distorted views of reality. Anyone opposing the Chinese government must be insane indeed.
FULL SYNOPSIS
TRANSCRIPT